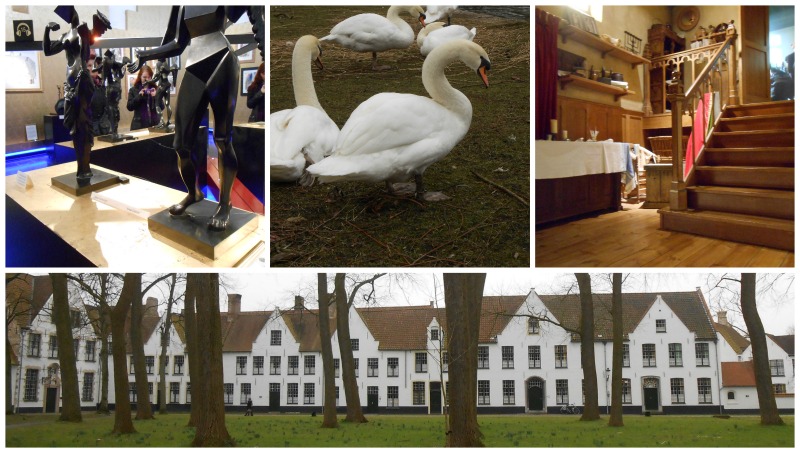 Last week I promised a post about Bruges, so here it is! I love to write about the trips I’ve made. I wish I travelled enough to have a full travel blog, but alas. I still really can’t complain though. 😀

I had a nice week off this week, so no classes. There was still plenty of studying to made up for, but I also took some time to relax and play some World of Warcraft. We also went to a concert of Falling in Reverse (the band of former Escape the Fate foreman Ronnie Radke). It was pretty ridiculous, and a lot of fun. It was held in the Tivoli Vredenburg, this new huge complex for the performing arts in Utrecht. It’s so big and empty that we couldn’t find the room the band was playing in. Turns out it was on the seventh floor. Gee, that sounds like the most logical place to have a rock concert!

This week I asked Chele Cooke the important questions, like what super power she would prefer to have and whether she prefers physical or ebooks. Her answers are fabulous. I’m also sharing my reviews of The One (which I liked) and Deadlocked (which I didn’t like).

Like I said above, my post of my travels to Bruges is up! The city looks absolutely stunning, and I made some very pretty pictures.

I got my read back on! After a slightly mediocre week last week, I seem to have found my mojo again. Also shows again how weirdly diverse my reading can be – a paranormal romance, psychological suspense, non-fiction, and a manga. I’ve also made good progress in Mistborn this week, which I’ll hopefully be able to finish next week.