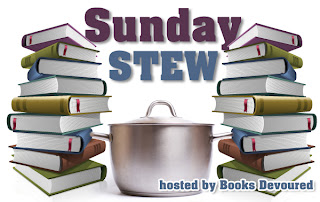 Last weekend I went to the festival called Pinkpop, where I got to see some terribly AWESOME bands. 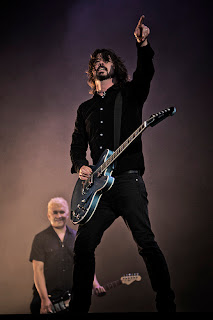 The act that concluded the weekend were the Foo Fighters. Of all closing acts (Coldplay, Kings of Leon) I thought the Foo Fighters had the best performance. And it’s always fun to see front singer Dave Grohl bouncing behind his microphone. 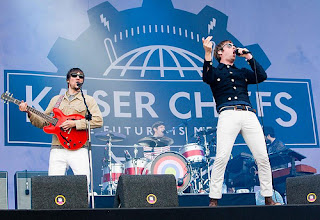 One band I was quite looking forward to were the Kaiser Chiefs, but I was a bit disappointed. They opened with a song from their new album, which isn’t that successful here in the Netherlands. Musically they were perfect, but they didn’t manage to get the audience to join in. 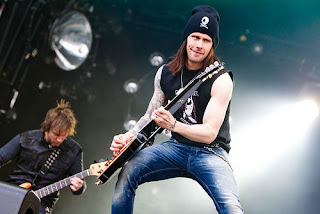 One of the best bands I’ve seen on Pinkpop was definitely Alter Bridge. The high notes lead singer Myles Kennedy can reach are almost inhuman, and their guitarwork is absolutely flawless. What made it also very cool is that I was standing second row during their concert. 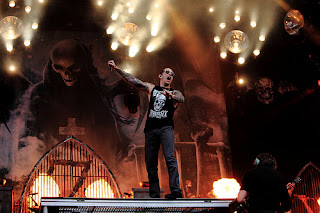 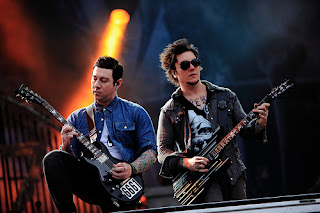 The band I enjoyed most was Avenged Sevenfold, hands down. I waited three hours just to stand front row at their performance, and it was absolutely worth it. Not only did they have beautiful solos and catchy riffs, they had some impressive pyrotechnics going on. There were pillars of fire on the stage, and the gates spelling out A7X started to burn throughout the concert. It was good to see them with their new drummer, after the old one passed away. Even though he looks fairly young to be in the band, he is quite talented, and I hope that they will stick with this one. And last but not least, I got a guitar pick from lead guitarist Synyster Gates, and everyone knows he’s the awesome guitarist!

‹ Review: The Apothecary by Samantha Jillian Bayarr The End of The Road ›