A magical tale which weaves through the lives of two women, one in the past and one in the present.

It has been one year since Tilda lost her husband, and she moves into the cottage in rural Wales they bought together. She has always been afraid of the water, but the lake near the cottage has a mysterious draw on her. As time passes, she starts having visions of a different time, featuring Seren, a Celtic witch.

Bringing together two story lines, one in a past time and one contemporary is a technique that is used by many authors, but often it is hard to create a plausible connection between the two. The Silver Witch handles this very well, letting the two plot lines converge slowly.

If I had to describe The Silver Witch in three words, they would be: whimsical, delicate, and mysterious. Inherent in these words is the fact that nothing is rushed – that would break the spell Brackston is trying to weave here. Although I enjoyed the slowly unfolding of the plots and connections, at times I felt there wasn’t enough to keep me fully engaged in the story. This wasn’t helped by the fact that Brackston writes in an adjective-heavy style, which grinds on my nerves after a while. The book has many lovely and haunting moments, but, especially in the beginning of the book, there are too few.

The Silver Witch is a haunting read drenched in Welsh countryside and Celtic history; recommended for lovers of magic realism.

A year after her husband’s sudden death, ceramic artist Tilda Fordwells finally moves into the secluded Welsh cottage that was to be their new home. She hopes that the tranquil surroundings will help ease her grief, and lessen her disturbing visions of Mat’s death. Instead, the lake in the valley below her cottage seems to spark something dormant in her – a sensitivity, and a power of some sort. Animals are drawn to her, electricity shorts out when she’s near, and strangest of all, she sees a new vision; a boatful of ancient people approaching her across the water.

On this same lake in Celtic times lived Seren, a witch and shaman. She was respected but feared, kept separate from the community for her strange looks. When a vision came to her of the Prince amid a nest of vipers she warned of betrayal from one of his own. Prince Brynach both loved and revered her, but could not believe someone close to him wished him harm, even as the danger grew.

In her own time, Tilda’s grief begins to fade beside her newfound powers and a fresh love. When she explores the lake’s ancient magic and her own she discovers Seren, the woman in her vision of the boat. Their two lives strangely mirror each others, suggesting a strong connection between the women. As Tilda comes under threat from a dark power, one reminiscent of Seren’s prophecy, she must rely on Seren and ancient magic if death and disaster are not to shatter her life once more. 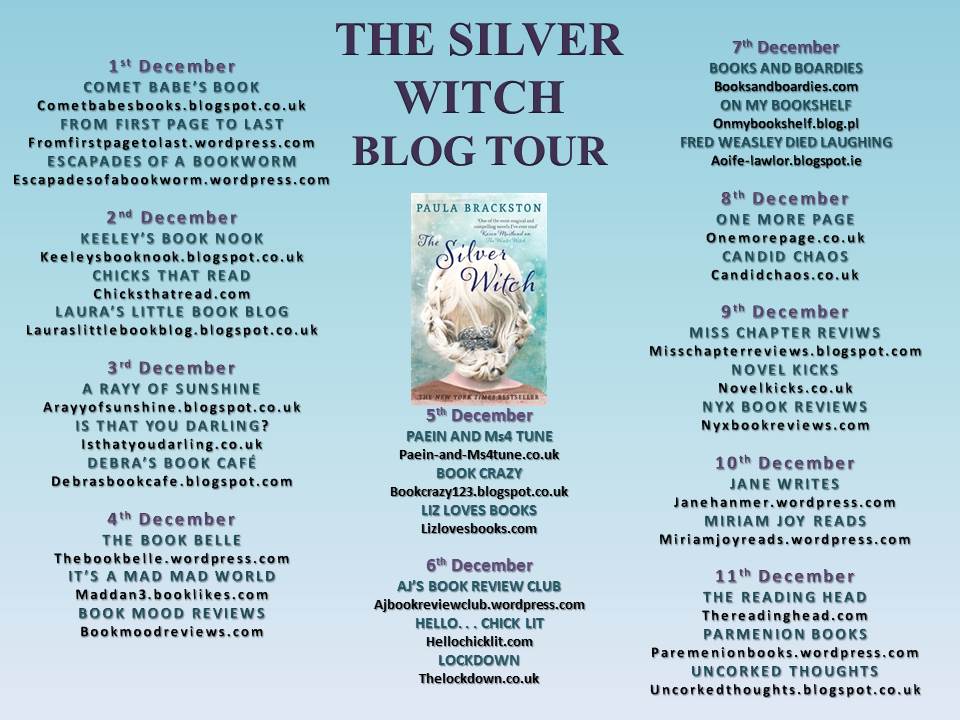 Click the image to find other blogs participating in the blog tour!