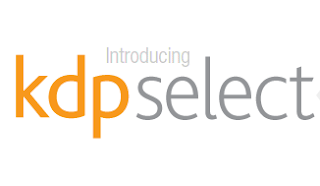 I was leery at first. The whole premise behind KDP select for authors was that you put your book EXCLUSIVELY through Amazon for a period of 3 months. During that time, READERS could choose to “borrow” your book through the lending library for FREE.

Amazon set aside $500,000 to be distributed between all the lends during the month of December (which ended up being $1.70 a lend). For authors who were only selling their book at .99 this is a great return as normally they would only get .34 profit per sale. But for any author selling at 2.99 or better, it was a loss in the profit department.

But how does Amazon keep up with this pot of money for their authors? Amazon Prime, a program you can try for FREE for 1 month, is where this question is answered. After your free month with Prime, unless you uncheck the subscription button (which I found with QUITE a bit of searching, they sure don’t make it easy to get out of the loop) you will be billed $80 for the year. You then can BORROW up to 1 book per month along with some other perks, which I’ll let you check out yourself.
Now, Amazon has announced that they have upped the “pot” for the authors to $700,000 for the month of January. Again, will encourage more authors to take part in the program, ultimately dropping the amount of money per lend, as well as how many of your books would be “borrowed”. IMO.

This also has opened a whole new can of worms because Amazon has set it up that every 3 months you are signed up with KDP Select as an author, you can put your book for FREE for up to 5 days. As you can imagine, this is causing quite a kafuffle in the Free Ranks.

Okay, but WHAT THE HELL DOES THIS ALL MEAN? It means that Amazon is going to push out their competitors unless they make a move in the subscription route REAL fast. It means that authors are going to have to figure out if it’s worth it for them and get on board fast if they’re going to.

My reaction? As an author, I signed up 2 of my 4 books with KDP Select. Sundered, A Zombie-ish Apocalypse and Dark Waters, Celtic Legacy Book 1, are available for lending for free to a reader who is signed up with Prime.

Will I put them up for free? Still weighing that out.

For readers, I think if you don’t have a Kindle or a device that you can read Kindle books on (like an iPad) you might just want to. A lot of authors are taking this route, which means that a number of books won’t be available anywhere else. Hell, I’ve seen BIG names signed up for Prime. Like Suzanne Collins, you know, of Hunger Games Fame?

Overall, this is a big shift, one that can benefit both readers and authors alike if they get the facts and read all the fine print. However this all falls out, will be fascinating, a ride that may make us all get a white knuckled grip going on. ;p

After a 2 year period waiting on her agent to actually do something, Ms. Mayer dropped the agent, and self published her first trilogy, A Zombie-ish Apocalypse which includes Sundered, Bound and Dauntless. Her latest book, Dark Waters: Celtic Legacy Book 1 centers on the bonds of sisters while delving into the world of nightmares and magic.

For more info on Shannon Mayer and her writing go to http://shannonmayer.blogspot.com or follow her on Twitter @TheShannonMayer.

‹ Interview: Rod Tyson (Curse of Ancient Shadows) In My Mailbox ›