Recently, I was asked the question:

Would you choose fame or fortune?
Immediately, I said fortune, of course. I’m a shy person, and I’d rather staple my finger multiple times than speak in front of a large group, or have the spotlight aimed on me. *shudders*

But as I thought about it, another question popped into my head.

Can you have one without the other?
In the writing world, the more you’re “known”, the more likely your book is to be purchased. When the big 6 market a book, they’re marketing the author as much as her novel. It’s why we’re told to have a platform, and be involved in social media like Twitter, Facebook, blog, Wattpad, Pinterest… and on, and on.

What do you think? Is it possible? 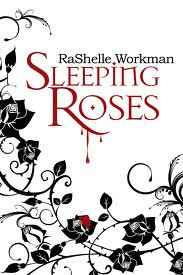 Sophie married into a lie.
Sick of her dangerous marriage, Sophie leaves her husband, determined to start a new life.

But her husband isn’t going to let her go that easily. If he can’t have her, no one can.
It’s hunter versus hunted.

Praise for Sleeping Roses:
“It’s strange, mysterious, and down right cool! It made me wonder if this really happened.” Jek Jamison

“A suspense/thriller where nothing is as it seems.” Heartsong Reviews

“From the first page to the last I was captivated by Sophie’s journey as told by Ms Workman. Well crafted twists and turns kept me completely enthralled and unwilling to put it down. I found myself empathizing with the characters I closely identified with and feeling compassion, as Sophie did, for those less likable. The author’s ability to express the feelings and emotions of the characters transcended the words on the pages.” D. Olson


If you think you know how it ends, hold on. You have no idea.

Buy it on Amazon
Author Bio 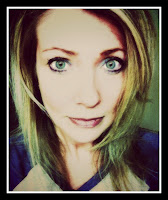 Lover of books, baking, and toffee-making. The author of Aligned: An Immortal Essence Short Story, Exiled, Sleeping Roses, and the soon-to-be released series, Blood and Snow. Honorary nerd with attitude.