Why I Read English Books 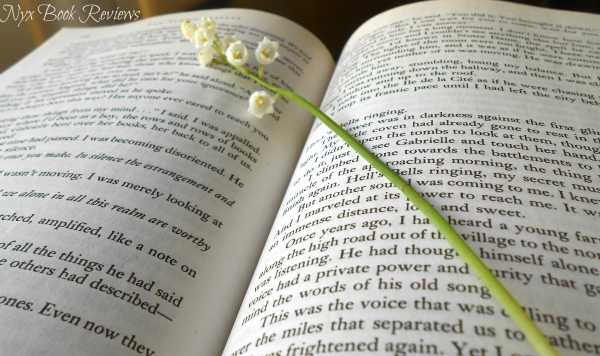 I rarely have to explain myself to other people, because most people that know me know that I almost exclusively read English books. As a Dutch person, this isn’t that exceptional. Many Dutch readers are rather disgruntled by the state of publishing in the Netherlands. For me this was definitely part of the issue, but it’s not the only factor that made me read a hundred English books a year, and only one or two Dutch ones. Part of what caused me to write this post is this article (it’s in Dutch, though.)

Genre publishing in the Netherlands

If you’re not from the Netherlands as well, you probably don’t know any Dutch authors. Depending on what genre you favour, that’s because there might not even be any authors to know.

As a kid, I grew up on horror books. The scarier or magical, the better. I read R.L. Stine alongside Dutch authors like Paul van Loon and Bies van Ede. By the time I was ten I had read every book in the children’s section and graduated to adult books.

The sad reality is that fantasy fiction doesn’t sell in the Netherlands. Some of the bestsellers are translated, but even then, more often than not, only the first few books are translated. Dozens of series are left unfinished. The Dutch fantasy market is dead, and it doesn’t take much time for a fantasy fan to make the switch to English.

Reading in a second language

I’m not going to lie to you – reading an adult book in a language that is not your own is not easy. The first English book I read, Dead Witch Walking by Kim Harrison, was a process. I didn’t understand half of what I was reading, but I had a blast. Urban fantasy was just so exciting, and there was not a single Dutch author out there that wrote it.

The more I got into urban fantasy, and later discovered young adult paranormals, the more I became disillusioned with my country’s literature. When I walked into a book store, there was nothing there for me. What I wanted to read simply wasn’t published. So out of necessity, I continued reading English books, which had the added benefit of being much cheaper to buy as well.

There is this one argument that keeps popping up in any discussion about reading in a second language: you won’t get the same out of an English (or French/German/whatever) book as you will from one written in your own language. For me this is simply untrue. Let’s do the math here – I have 700 books marked as “read” on my Goodreads. Of these 700, about 20 might be Dutch. It doesn’t matter in what language you’re reading, but I’m pretty sure that by the time you’ve read a few hundred books in it, you’re pretty fucking fluent. In reality, my English grammar is better than my Dutch grammar is. My exposure to written Dutch is limited to the occasional article I read for university.

The beauty of language

I used to have a French teacher in high school who told us that he thought that French was more beautiful than Dutch. At the time I had no idea what he meant by that. Now I finally get it, because I think the English language is more beautiful than Dutch. When I now read a book in Dutch, it doesn’t feel like “coming home”. It feels like I’m reading something flat and dull. Dutch isn’t a poetic language. It’s business-like, clunky, shallow. Where English has multiple words to describe something, all meaning something slightly different (such as faith, belief, conviction), Dutch only has one (in this case, “geloof”).

English is gorgeous. It’s my favourite language, and my language of choice for writing. I do hope that fantasy will some day become a widely-read genre in the Netherlands, but I probably won’t be the one to read it. I write my stories in the English language, which in my eyes is superior in prose.