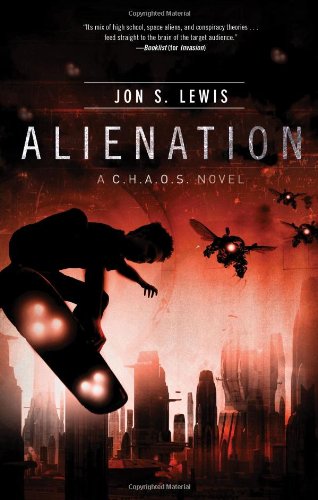 The invasion was only the beginning . . .

After his parents were killed in a car accident, Colt McAllister was drawn into a world he thought only existed in comic books-one where mind control, jet packs, and flying motorcycles don’t even scratch the surface.

Along with his best friends Oz and Danielle, Colt is now training at the secret Central Headquarters Against the Occult and Supernatural academy. But strange accidents seem to follow him. . . even with the security of the school grounds. What first seems random soon turns deadly. But who is targeting Colt?

As the alien invasions increase in frequency and force, C.H.A.O.S resources are taxed to the limit and they’re forced to utilize the new recruits. In the midst of battle, Colt will discover some startling revelations . . . about himself, his friendship with Oz, and why he has been chosen to defeat this alien attack against earth.

‹ Pick Your A Thon: Wrap Up Review: Alienation by Jon S. Lewis ›