Reading Classics: To the Lighthouse by Virginia Woolf 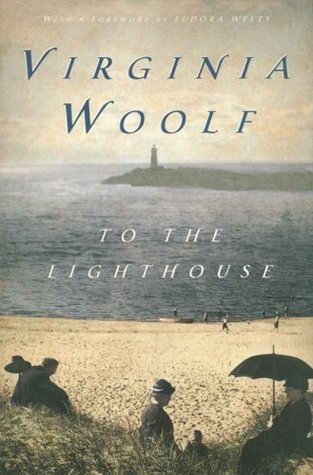 I believe myself to be a highly sensitive person – bright lights annoy me, extremely loud noises drive me to panic attacks, I can go crazy over the ticking of a clock. I know what it’s like to hop from one thought to the other, what it’s like to daydream without abandon, and how it feels when sensory input becomes too much.

And then Virginia Woolf comes in and puts this all on steroids.

Reading To the Lighthouse was comparable to being inside someone’s head when they take LSD. The sort of hyper-reality which Woolf tries to describe through language becomes a caricature of itself. She writes metaphores within metaphores within metaphores, and honestly, that’s just not how the human mind works. That’s not stream of conciousness, that’s attempting to create poetry within prose. I like to be caught up in a stream of thoughts, even if they go from one point to the other without having a frame of reference, because that’s relatable to me. What Woolf does in To the Lighthouse has completely lost its point of reference, and the writing irks me like no tomorrow. It’s almost impossible to read – and if it sounds so wrong within the readers conciousness, how is it an apt description of someone’s conciousness? For example, a boy in his teens watching his father. It starts off just fine, but ends in some weird Poe-esque description that somehow should be representative of a sixteen-year-olds thinking:

He had always kept this old symbol of taking a nife and striking his father to the heart. Only now, as he grew older, and sat staring at his fater in an impotent rage, it was not him, that old man reading, whom he wanted to kill, but it was the thing that descended on him-without his knowing it perhaps: that fierce sudden black-winged harpy, with its talons and its beak all cold and hard, that struck and struck at you (he could feel the beak on his bare legs, where it had struck when he was a child) and then [etc]

I also feel like almost all of the female characters were a version of Woolf herself. Now, this is actually more common in fiction than most people realise, but in this case I felt like she took it too far. The man of the house is the tyrant, and every single one of them falls for his charm. It makes an argument about how women are somehow always caring and lose pieces to themselves to men, and this kind of rudimentary counter-feminism was very alienating to me. Maybe that’s how Woolf felt in the 1920s, but it can hardly be how all the women felt.

Even though I enjoy a well-done stream of conciousness, Woolf took it too far, and the end result was depressing and near-unreadable.