Eternal love is one of those themes that have appeared in stories for thousands of years. Isis Sousa, author of The Night of Elisa, shares some myths that feature eternal love. For the giveaway of her book, keep on reading!

Until Eternity Tears Us Apart

All Hallows’ Eve is coming and the world of the Living and the Dead will merge at the evening of 31th October. Such an event is a mover for powerful energies of nature. Astral and physical entwine, opening portals to the supernatural… and to our own imagination.

But there is a force, known to all and said to move universes. That force: love. Can love be undying? Can love last between impossible realms? Can love prevail on the Other Side or come back from the Dead?

In Egyptian mythology, Osiris and Isis’ love was so strong it endured death twice.

Osiris was imprisoned by Seth into a funerary casket and thrown at the river Nile. Isis wandered throughout the Egypt and overseas after her husband, and found his casket stuck in the roots of a massive tree. She returned his coffin to their land for a proper burial, so Osiris could have a safe passage to the afterlife.

Seth eventually found out about the whole thing and was so enraged, he chopped Osiris body into 14 pieces and scattered them throughout Egypt. Devastated once again, Isis wandered all over the land collecting the pieces of her beloved. She found 13 pieces.

Isis joined Osiris’ body parts, mummifying him. She breathed life into him, and magically, they conceived their son, Horus. As Horus grew up, his father’s spirit taught him how to fight and prepared young Horus to defeat Seth. Osiris became the god of the Underworld and was reunited with Isis for eternity.

As powerful a force that love is, soul mates would go the ultimate sacrifices to become one. Just as Isis and Osiris did. But what happens when you fall for someone who is “unreachable”?

In The Vitoria Regia – A Tupi-guarani (native Brazilian) legend, the love of Naiá for the moon god never fulfills its destiny.

Thousands of years ago, it was told that the moon god Jaci enlightened the faces of the most beautiful indian maidens, when they came out at night. When Jaci (the moon) hid behind the mountains, he took those maidens with him and they were never to be seen again.

Naiá, who heard the legends since she was a child, and had incredible beauty and grace, dreamed of the day Jaci would come to take her. The elders in her tribe alerted her: the moon god was dangerous! The women who met Jaci lost their blood and flesh and were transformed into stars to shine in the night sky together with this god. Naiá didn’t care. Nothing could change her mind.

So she left her tribe, riding into the nights, trying to reach for the moon. No Pajé (shaman) could appease her heart. Certain night, after a long ride, Naiá stopped by a lake to quench her thirst. She leaned to drink when she saw the image of the moon god reflected on the water. Blinded by her love dream, she cast herself into the lake and drowned.

Sad with the young woman’s sacrifice, Jaci transformed Naiá into a star of the waters, the 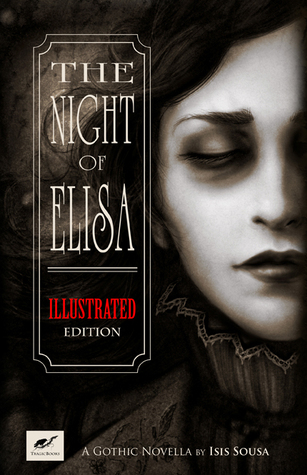 vitória régia water lily; this way she would always shine to him. The lily only blooms at night. The white flower becomes pink when the light of dawn touches its perfumed petals.

Cases are many, where those who love, be it a mother, a father, a child, a man, a woman and even gods and goddesses will defy the laws of physics, the laws of the possible to meet, reunite, amend and to prevail. That can be in form of ghostly apparitions and other paranormal events. They can go to hell and back again to deliver their messages and conquer their dreams. Lovers can become undead, through magic pacts, like those who feed on blood to spend eternity together, such as vampires. The ways of love are infinite.

May All Hollow’s Eve be a night for celebration… For you, too.