Good evening my readers… Tonight I’m interviewing Mark Cantrell, and ask him the important questions. What does he think of Halloween candy? And would he rather be a werewolf or a vampire? If you make it to the end, there is a prize awaiting you… 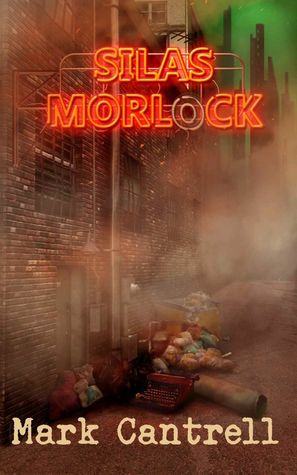 Mark: Sure, here goes. I was born and bred in Bradford, but I moved to the West Midlands about eight years ago and I commute to Manchester for the day job, so I kind of think of myself as an ex-pat Tyke (with tongue firmly in cheek for the most part; I’m only a semi-professional Yorkshireman). I work for a multimedia publisher as a journalist, covering the social housing industry. It’s gritty stuff and my nose is to the grindstone on a lot of convoluted and controversial issues. I write news, features, interviews, and a lot of social and political commentary. It’s not as glamorous as it sounds. In my other life, I’m the author of two novels. Citizen Zero, which I self-published in 2010, has now been picked up for publication by Inspired Quill next year. This is the outfit that released my second novel, Silas Morlock, onto an unsuspecting public in 2013.

Could you describe Silas Morlock in one sentence?

An age-old struggle between good and evil nears its end, humanity is poised to slip into the shadows of forever, and all appears lost, until the most powerful mind-altering drug ever created offers hope for redemption.

Do you enjoy horror books? If yes, what is your favourite?

Oh, yes, I love a good horror book. It’s a little difficult to pick out a favourite, though. There’s so many to choose from, and if I’m being honest I’d have to think long and hard to try and recall suitable candidates. My head just doesn’t work that way. But there’s a few authors jostling for that position. I’ve not read enough of Stephen King’s work, but he’s up there all the same, but I think I would have to put the late James Herbert ahead of him (sorry, Stephen). I never set out to become a horror writer, and don’t really class myself as such, even though I’ve written works of horror, but Herbert stands out as an early influence on my writing. Ian Woodhead is another author whose works I’ve got a soft spot for. He’s an Indie horror writer, and a fellow Bradfordian, and while his work can be a little rough around the edges, it makes up for that with its sheer exuberant delight in macabre horror. So, I feel he deserves an honourable mention. 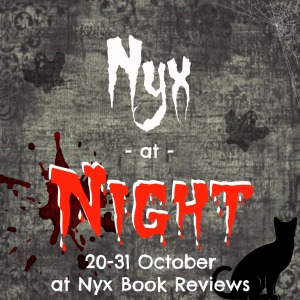 Did you celebrate Halloween as a child?

In a half-hearted way, I guess we did. But when I was a kid it wasn’t really celebrated the way it is today. Well, at least it wasn’t where I grew up. Halloween was overshadowed by Guy Fawkes Night, so that’s where most of our effort went. Penny for a Guy, that kind of thing, and then burning the effigy on the bonfire. Halloween has become much more celebrated in recent years, though. I guess after a few centuries of burning poor Guy, it gets a little samey.

Sweets are always good, whatever the time of year. Although I don’t think my dentist will agree.

If you had to pick, would you rather be a vampire or a werewolf?

Hmm, tough choice. Suave, cultured, elegance with a touch of dangerous sophistication, and a serious need for industrial-grade sunblock, or a great big walking carpet with anger management issues… No contest. I’m a vampire. No, wait, put that stake away – I mean I’m not actually a vampire…

Thank you for asking the questions! 🙂

‹ Nyx at Night: Night Has Fallen Horror by the Master of Horror – The Scariest Stephen King Books ›