Two lovely ladies have teamed up for this year’s Harry Potter Month. This event hosted by Faith and Micheline celebrates anything Harry Potter. People can compete in a house cup by collecting points through participation. Like last year, I’m representing Slytherin! Because this post is so incredibly image heavy, it’s hiding behind the read more tag.

Harry Potter Month starts today, and I thought it would be nice to share my Harry Potter collection. Mine is a rather humble one, compared to the wonderful collections I’ve seen from other fans, but it’s very dear to me anyway.

Taking these books off my shelves is a little trip down memory lane. It was actually my brother who was gifted the first two. When I finished the books I got from the library, I would often troll my family’s book shelves, so at around 2001 little seven year old Celine grabbed the Dutch version of Harry Potter and the Philosopher’s Stone.

Like my brother before me, I completely devoured the two books we had, and it wasn’t long after that until our mom also started reading. We played catch up for a while, but starting with the fifth book, we had to join all those other people eagerly awaiting every release. Unlike the first four, we actually have two copies of Order of the Phoenix, so both my brother and I could read it at the same time. 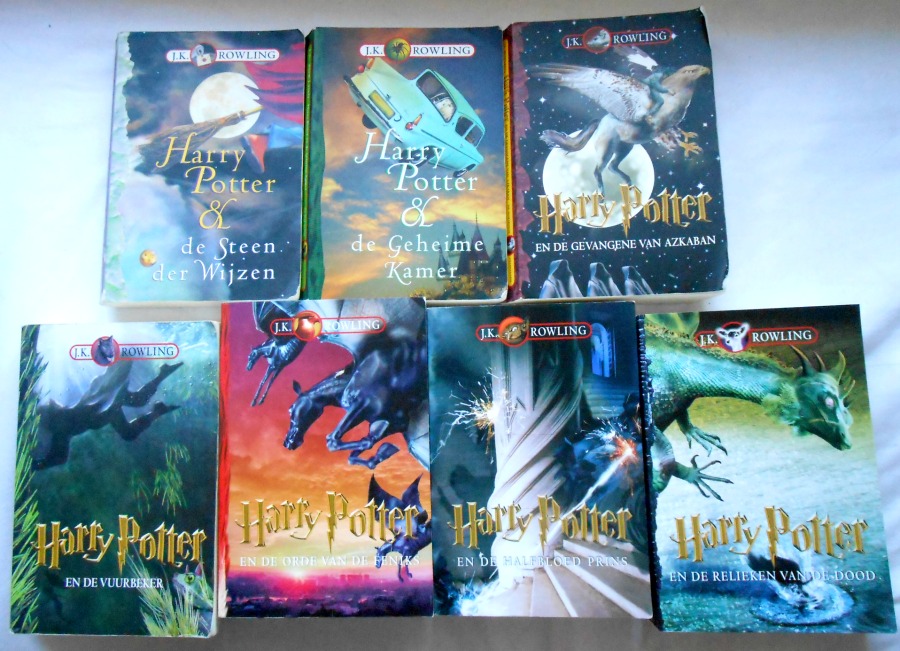 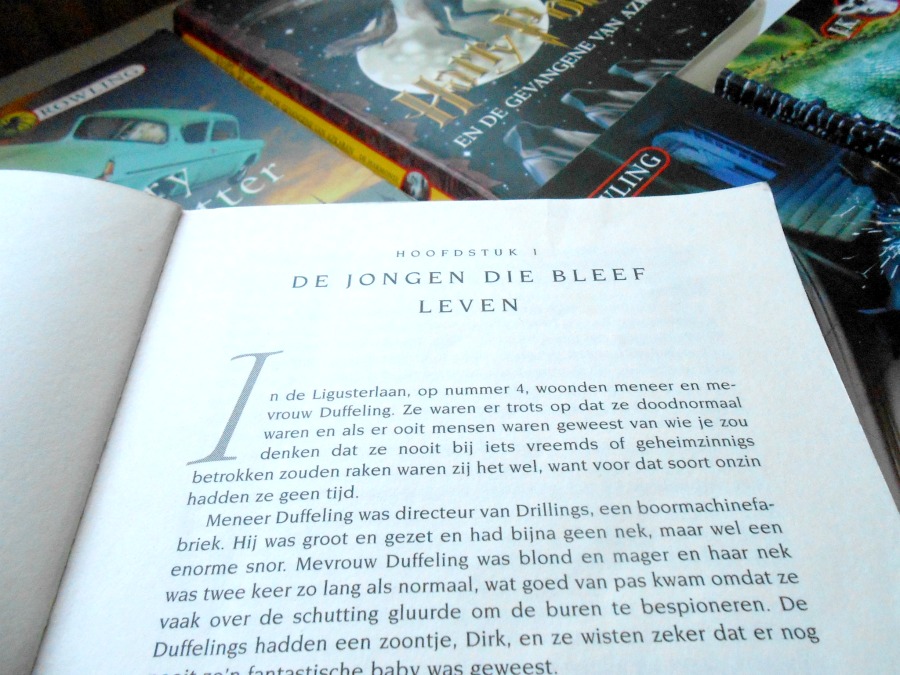 These were the Harry Potters that accompanied me throughout my entire youth. The Dutch translations are wonderful – even translating the names so their puns and humorous nature carry over. Although I jumped on any opportunity of finding out what came next, the first four books stay my favourites. They have been read and reread more than a dozen times. I’m a huge book puritan, never damaging a book, but you can completely tell these books have been read by multiple people, and I love that these copies hold so many memories. 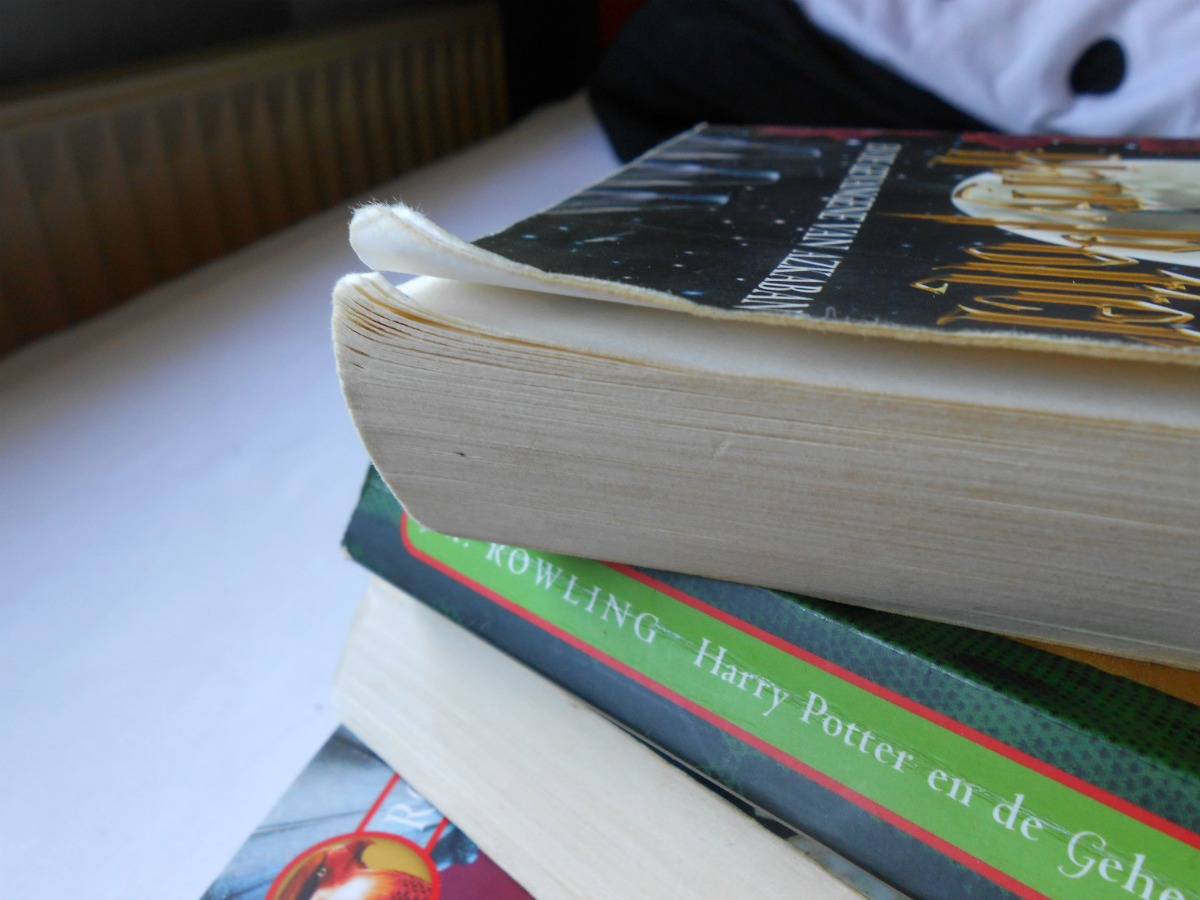 It wasn’t until I had already been blogging for a while and I was well out of childhood that I determined I wanted to read the original English Harry Potter books as well, to experience them the way they were intended to. To this end I bought a new beautiful hardcover set. It didn’t hurt that it came in a nice box to keep them clean from dust and sunlight. 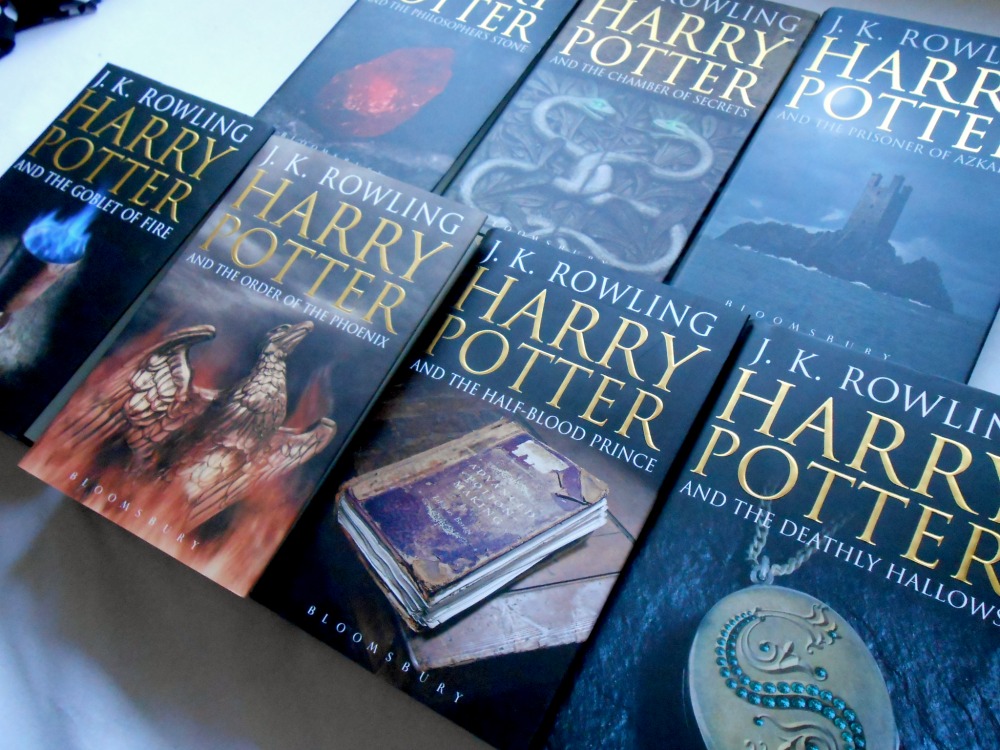 It’s these editions that I most often reread now – the hardcovers feel so nice and sturdy, and the font is great for reading. Though I’ve reread the first three books as an adult, I must admit that I still haven’t taken the plunge and reread the last three. For some reason I didn’t enjoy those as much as a kid, and I’m still hesitant now I’m older. 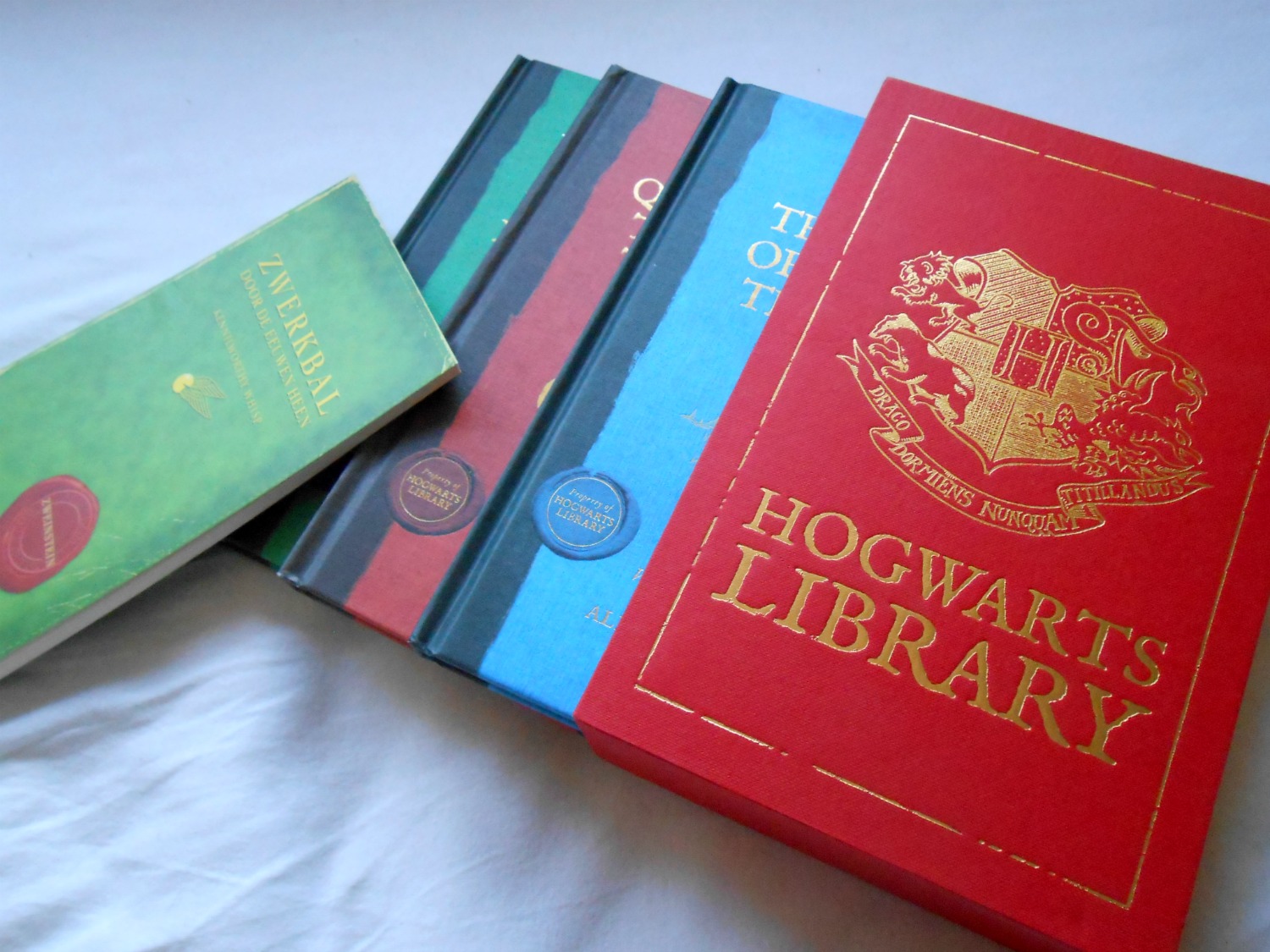 And last but not least: the additions! Again, we have the Quidditch book twice, once in English and once in Dutch. These little booklets are fun, and the English Hogwarts Library editions are gorgeous. With these, my half shared, half owned Harry Potter collection is complete! I don’t really own any miscellanea, except this super cool Snitch necklace.

Do you have your own Harry Potter collection? Or do you collect anything else?