I know some of you were hoping to see some pictures from my trip to London, and here they finally are! I didn’t take that many photos, but it’s enough to give you an idea. For those of you only interested about the London Book Fair, you can scroll down for a bit! All of the LBF related pieces of text are made purple for your convenience.

As I live in the Netherlands, it’s pretty easy to get to London. Basically you jump on one of the high-speed trains (mine leaves from Aachen in Germany, as that one is closest), switch to another high-speed train in Brussels (Belgium) and zoof through the tunnel under the sea to the UK. All in all, it takes about five hours. Here’s me and the Eurostar, which goes through the tunnel. 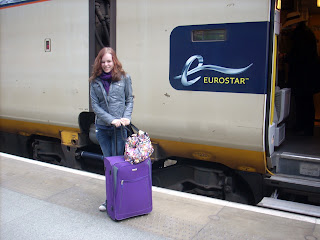 Going through a tunnel underneath the sea was pretty scary the first time, but if you take the train you barely notice it. These trains can go about 250 km/h and you’re at the other side in no time.

When we arrived in London (after putting our bags in the hotel & eat lunch) we decided to visit the Book Fair. My first impression? Overwhelming. To give you an idea, we made a picture of me in front of the information board. You see all those teeny tiny names? They’re all individual stands. Yeah. That many. 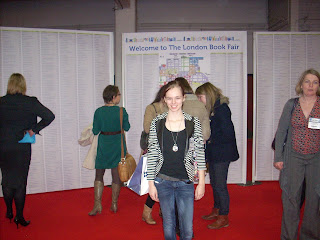 So we just walked around aimlessly for a bit, trying to take it all in. If anyone dares to tell you that there is no money to be made in books, force them to go to the LBF. There are hundreds and hundreds of company professionals walking around, sitting at tables, trying to get book deals. I stopped reading name tags after a while after seeing CEOs and directors of so many big companies. A note should also be made towards all of the different countries represented at the Fair. This year there was a big focus on China, but I also saw stands from the Netherlands, Germany, Hungary, Sweden, and dozens more (not only just European countries).

It’s huuuge! I know you Americans are used to things being gigantic, but for us Europeans it’s shocking. I went to Foyles, a bookstore, where all LBF attendees got a 10% discount (*happy dance*) and got some new books. We also checked out The Village, a part of Westfield that houses brands like Dior and other shops we obviously haven’t bought anything. Here’s a picture of its marble glory. 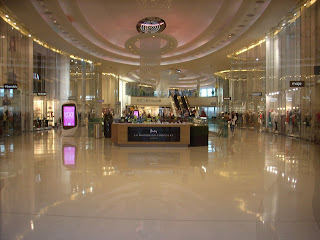 The second day we went sight-seeing, visiting the Tate Modern museum and Covent Garden. We discovered that not everything at the Tate Modern is modern, as when we ordered a coke (expecting a bottle of Coca Cola or Pepsi), here’s what we got. 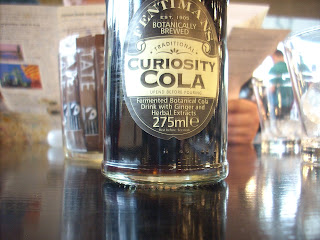 I saw on the map that the Globe Theatre (the famous copy of Shakespeare’s theatre) was a five-minute walk, so we brought ol’ William’s dwelling a visit too. It’s squished between redbrick buildings, but it’s quite pretty nevertheless. 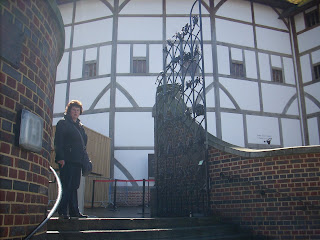 We also visited Trafalgar Square and Piccadilly Circus, and went to my favourite bookstore in the world, Waterstones! The combined effort of my Waterstones & Foyles & Fair visit can be found at my In My Mailbox post. 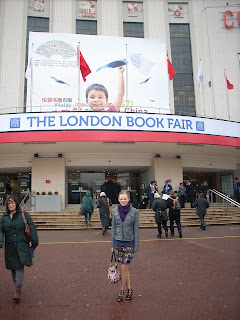 The third day I did a full Book Fair experience. I visited two seminars, collected catalogues & promotional books, and attended the interview with Anthony Horowitz. The first seminar I visited was called New Young Adult Lists: Representatives of Three Major Publishers Discuss their Lists, Launched in 2011. It’s a mouthful, but it was very interesting. There were representatives of Razor Bill, Electic Monkey and Hot Key Books, and they talked about what they look for in young-adult submissions, the current market and their goals as publishers. I think this seminar was quite interesting both as a blogger and a wannabe-writer.
The second one I visited was more casual; Mal Peet & Moira Young in Conversation. I haven’t read Moira’s book, Blood Red Road yet, but it still was very interesting to hear about her story, and how she has written her book. Mal Peet was awesome too, but I’m afraid that I won’t be reading his books, they don’t sound like something I would enjoy. They were both very nice, and signed books from people in the audience before the interview and answered their questions.

The last event I visited was Anthony Horowitz’s interview. That man can talk! I was a bit disappointed that it was only half an hour, I would have loved to listen to him a little while longer. There were some questions in the audience about violence in books, and it was very interesting to hear his views about this. Here is a picture of his interview. 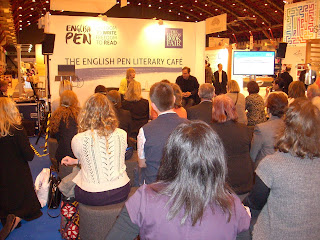 As a blogger, is the LBF something you want to attend again? Definitely yes. Even though you don’t really belong to the “in” crowd (all the publishers seem to know each other) if you attend seminars and author talks, it’s very educational and interesting. You can probably find some publishing contacts here too, but I was way to shy to walk up to the publishing people and give them my business card. I would love to visit the Fair with some fellow bloggers sometime. 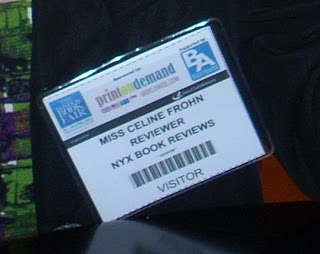 So that’s my London story. After that it was back to the cold and rainy Netherlands. (: A massive stack of cookies for everyone that read the whole story!

‹ In My Mailbox – Post-London Edition Review: Cinder by Marissa Meyer ›