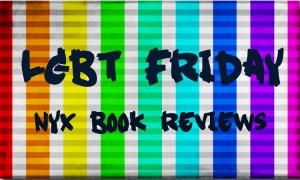 Hello everyone, and welcome to the first LGBT Friday Character Spotlight. In this feature I wil pick a LGBT character from a book of series, and talk about why this charcter is awesome or awful.

To kick off this feature I have decided to choose Ivy from the Rachel Morgan series. Ivy is a bisexual living vampire. From the first book of the series she’s very open about her sexuality. The main reason I picked Ivy is because she’s a wonderfully complex and a contradictory personality, one that is not defined by her sexuality. Usually a character is just “gay” with all the gay stereotypes. Ivy is not stereotypical in any way, and I love her for that. Some people have troubles relating to her because she doesn’t always act predictable or doesn’t do the right thing. She’s quite emotionally flawed and broken, but she is incredibly loyal to those she loves and she would do anything to protect them. 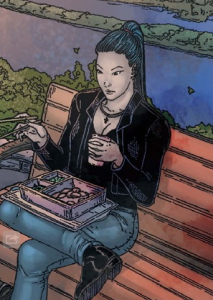 This is a picture of Ivy from the graphic novel book Blood Work.

Have you read the Rachel Morgan series? What did you think of Ivy? Do you have any other characters that remind you of Ivy?