Killing of main characters in the first ten pages, alien invasions and other sci-fi stuff; nothing is too crazy for Robyn Wyrick. Today he’s going to tell more about his book, Eviction Notice. You can find out more about his book on Goodreads and Amazon.

Nyx Book Reviews: Hi Robyn, welcome to Nyx Book Reviews! Can you tell us a bit about yourself?
Robyn Wyrick: I could bore you with platitudes about my history and accomplishments on the journey to superstardom; or I could just say, I’m just a guy with a story to tell.

So let’s do the platitudes.

I started writing as a gamer geek in 1980, making game worlds for Dungeons and Dragons. And naturally, I was a brilliant.

In my mind; which it turned out was not terribly trustworthy.

Reality didn’t matter too much back then, because I was fifteen years old, and so were the people playing in my game. And if I loaded up a few improbable, 3rd level battles with Tiamat, the Goddess of Evil Dragons, who could fault me: she was in the Monster Manual. A few Random Treasure Table rolls later, and I had the Invulnerable Coat of Arnd!

In the 90s I started writing murder mystery parties. In the 00s, (2000s?) I began writing screenplays. Eviction Notice was originally a screenplay.

Then in 2009 I turned the mostly finished screenplay of Eviction Notice into a novel. Now I’m writing a sequel. It’s brilliant. In my mind.

Really, one sentence? I wrote a whole book to describe Eviction Notice.

The premise reminds me a bit of the opening scene of The Hitchhiker’s Guide to the Galaxy by Douglas Adams. Where did you find inspiration for your book?
Certainly Hitchhikers Guide was inspirational. So was the Princess Bride, which surprisingly few people seem to have read. It’s a real treasure; every bit as good as the movie. After you’ve bought nine copies of Eviction Notice, I encourage you to go buy The Princess Bride, by William Goldman. Then go buy more copies of Eviction Notice.

Mostly, though, I think I’m a creature of my time. These days, you can mash up everything, and you can choose any voice you want – I went with First Person Omniscient, which cracks me up. And you can make your narrator as accurate or unreliable as you want. My narrator is dead by page six, so even I don’t know if I trust her.

I originally got the idea for Eviction Notice in 2002 as I was buying a house. There were these gigantic stacks of paper, written in lawyer jargon, that I pledged to have read and understood, and which require fifty signatures, and a hundred initials. And at one point I noticed I was signing something that laid out exactly how cooperative I would be when they came to kick me out of my home.

Which seemed ridiculous. It should have said, “When the creditors come, I (the buyer) shall barricade myself in the house, shotgun in hand, a bottle of caffeine pills, five boxes of adult diapers.” You know? I mean, that would be something people could sign with a straight face.

Anyway, I just thought how funny it would be if space aliens came to Earth with the news that humans were being evicted. None of this conquest stuff, just, “the lease is up.” So sure, that’s very Hitchhikers Guide.

That was not my preference. After I signed with Tantor for the e-book some smart person said, “Now you’ll never get the paperback published. Who the hell wants to publish just the paperback? They will put marketing money behind it, but someone else will get at least half the revenue.”

So, it was a live-and-learn moment for me. However, now that it is self-published, I’ve spent a small fortune living and learning about self-publishing.

Frankly, I think you’re better off becoming an academic. In France.

Are you a full-time author or do you have a day-job as well?
I have a day job, but you have to dream. I dream about getting eight hours of sleep.

What do you like best about writing?
I’m an exceptionally eager audience for my own writing. I write because the story is interesting to me, so that’s mostly it: I like reading my own stories.

I definitely get satisfaction from accomplishments. But I could probably be pretty satisfied reading Eviction Notice on a beach, if someone else had written it, maybe someone funnier.

Thank you for answering my questions! (:
I don’t know if this is a question, and if it is, I don’t know how to answer it. So let me instead answer the question I *wish* you had asked: Yes, I am willing to accept a MacArthur Award.

Also, since the question I *wish* you asked was a two parter, the answer to the second part is: Yes, I agree, Amy Adams should play Alice in the film adaptation. She was quite literally the voice I was shooting for in certain points while writing it. Years ago I sent a preview copy to her manager, but they haven’t called me back, which I thought was pretty rude, considering all I had done for her in my book.

Thanks you so much for all your questions, both real and imagined. 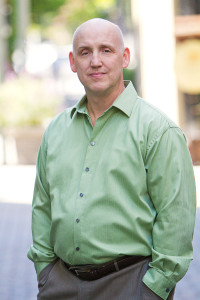 Robyn Wyrick is a novelist, screen- writer, musician and artist. He is a new father and husband, and lives on a quiet home with lots of trees in Nanjemoy, Maryland. Robyn began writing as a game-world designer, and then spent several years writing murder mystery parties. Wyrick began writing screenplays in 1997. Some of his screenplays include, a television pilot called Trading With Justin, a feature film called Wake Up Little Suzy, and The Zombie Cookbook, A New International Guide To Zombie Cuisine. Eviction Notice is his first novel. In his spare time he runs DC PHP, LLC, a website and database development company located in the Washington DC region.