Do you like your books dark and gritty? Rewan Tremethick’s debut book Fallen on Good Times might be your cup of tea. To find out more about Rewan, visit his website. 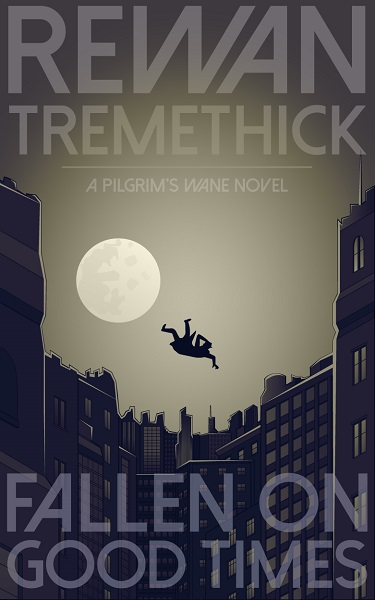 Nyx Book Reviews: Hi Rewan, welcome to Nyx Book Reviews! Could you tell us a bit about yourself?
Rewan Tremethick: Hi Celine, thanks for having me. I’m 24 and live in Cornwall in the UK, where I’m a freelance copywriter by day and an author by night. As you can imagine, I’m pretty much always typing something. I obviously enjoy reading quite a lot, mostly fantasy, science fiction, and crime, and I’m also a drummer, so when not playing my actual kit, I’m tapping beats out on my knees and annoying my girlfriend. Other hobbies I have got involved in a lot less than I would like, and need to get back to, include stand-up comedy and radio presenting.

Oh, and I’m named after a local saint who was supposedly invulnerable to wolves. I don’t think I am, although there aren’t any wolves left in Cornwall (apparently thanks to my namesake), so I’ve never had the chance to test it out…

Could you describe Fallen on Good Times in one sentence?
It’s a paranormal detective noir, about a man who wants to quit his dangerous life, but has to take the biggest risk of his career in order to do so.

Fallen on Good Times is set in the 1920’s. What were your reasons for choosing this time period?
It was crying out for the paranormal treatment. Noir films and books have a very dark and edgy style, both visually and in terms of subject matter, and I felt that this perfectly suited the world of the paranormal. And it’s such an evocative period, very visually striking, a time of great change, what with Prohibition and the financial crises (imagine having one of those, huh?), and I couldn’t get the image out of my head of a detective with his long coat and trilby rubbing shoulders with vampires, ghosts, wizards and the like.

I also wanted the chance to create that classic Noir voice-over that you get in a lot of films. The kind of gritty, no nonsense view of the world that instantly makes you think of trumpets playing forlornly in the background of smokey bars. 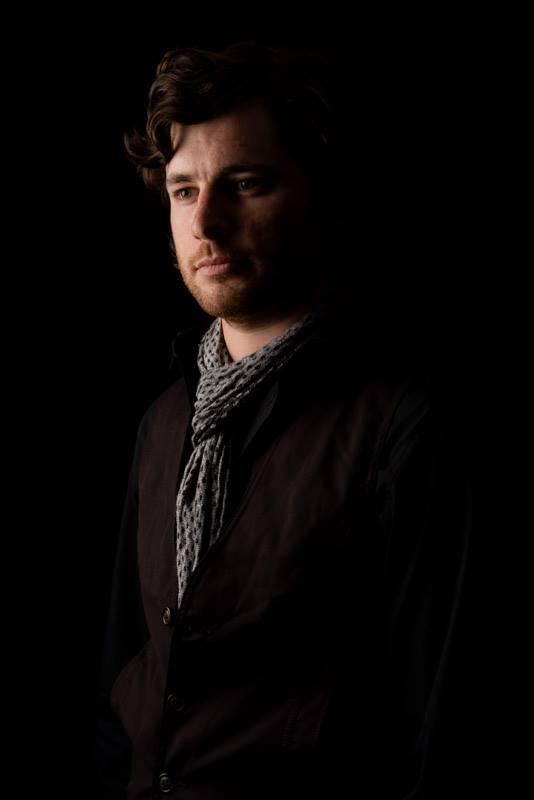 Your main character is a paranormal detective. How did you go about shaping your paranormal world? Did you use certain other books as inspiration for it?
I tend to favour a very organic approach to world building. I just let the ideas appear in the book – whether it’s the fact that silver allows you to touch a ghost, or the characters, such as Misty Joe, the spiritualist medium who doesn’t realise that he is also dead. The world starts out as a series of little throwaway comments made by Laslo as he narrates the book, and from these bigger ideas about the world he inhabits start to grow.

You can take a simple idea you have and extrapolate it to create a much bigger picture of how the world operates. I like this approach as it makes it very fun for me to write. It means that I get the same experience my readers will eventually have of discovering and getting to known the world of Pilgrim’s Wane as the story develops.

Ebooks or physical books?
It has to be physical books. Ebooks are great in their own way, but with a physical book you get so much more of the experience. It’s like the difference between watching a film at home in your living room on a small television and watching it at the cinema. It’s not just about the actual content – the experience of absorbing it is just as important.

What is your favourite book?
I’d have to say either Transition, by the sadly now late Iain Banks, which is very subtle science fiction book that exercises plenty of imagination, or Do Androids Dream of Electric Sheep? It’s a brilliant exploration of what it means to be human.

Thank you for answering my questions! (:
It’s been a pleasure 🙂

Rewan (not pronounced ‘Rowan’) Tremethick is a British author who was named after a saint. St Ruan was invulnerable to wolves; Rewan isn’t. Rewan is a fan of clever plots, strong woman who don’t have to be described using words like ‘feisty’, and epic music. He has dabbled in stand-up comedy, radio presenting, and writing sentences without trying to make a joke. He balances his desire to write something meaningful by wearing extremely tight jeans.