I’ve made it no secret that I love the Mall Rats zombie books. Both Deadlands and Death of a Saint got excellent ratings from me, and I can’t wait to read the latest book in the series, The Army of the Lost. This interview is part of a blog tour organised by the publisher Much-in-Little. 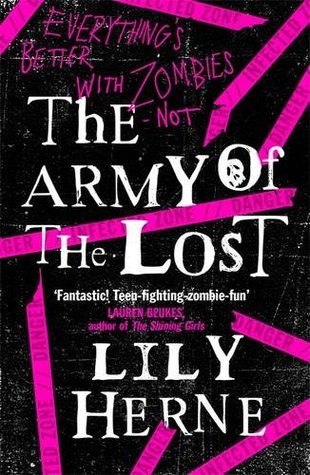 Nyx Book Reviews: Hi Lily, welcome to Nyx Book Reviews! Could you tell us a bit about yourself?
Sarah & Savannah (“Lily”): Thank you! It’s lovely to be here. We are Sarah and Savannah Lotz, a mother-daughter writing team based in Cape Town, South Africa. We’re addicted to coffee, RuPaul’s Drag Race and red velvet cup-cakes. We both write fulltime, and can be found sniping at each other on Twitter.

Could you describe the Mall Rats in one sentence?
A tomboy, an emo kid, a lesbian ninja and an axe-wielding redhead walk into a zombie apocalypse…

What makes the Mall Rats series stand out from other zombie series?
There are a lot of tropes attached to zombie culture, most of which we wouldn’t want to avoid even if we could (or should!). But in the best zombie novels, the originality usually comes from the characters and settings rather than the walking corpses. We wanted our female lead to have relatable flaws, our romantic relationships to be awkward and messy, and as our series is set in multicultural South Africa, it was important to us that our cast of characters reflected the country’s diversity.

Apart from zombie books, there are also plenty zombie movies and TV shows. Do you watch any of these?
Savannah: I grew up on a steady diet of zombie horror films (thanks to the other half of Lily Herne – no one can say she hasn’t prepared me for the apocalypse!) and I’ll admit to being a hopeless junkie of The Walking Dead TV series and the graphic novels. My all-time favourite zombie movie will always be Shaun of the Dead.

Sarah: I love The Returned – a superb original take on the aftermath of a zombie infection. I’ll watch/read anything with the walking dead in it. 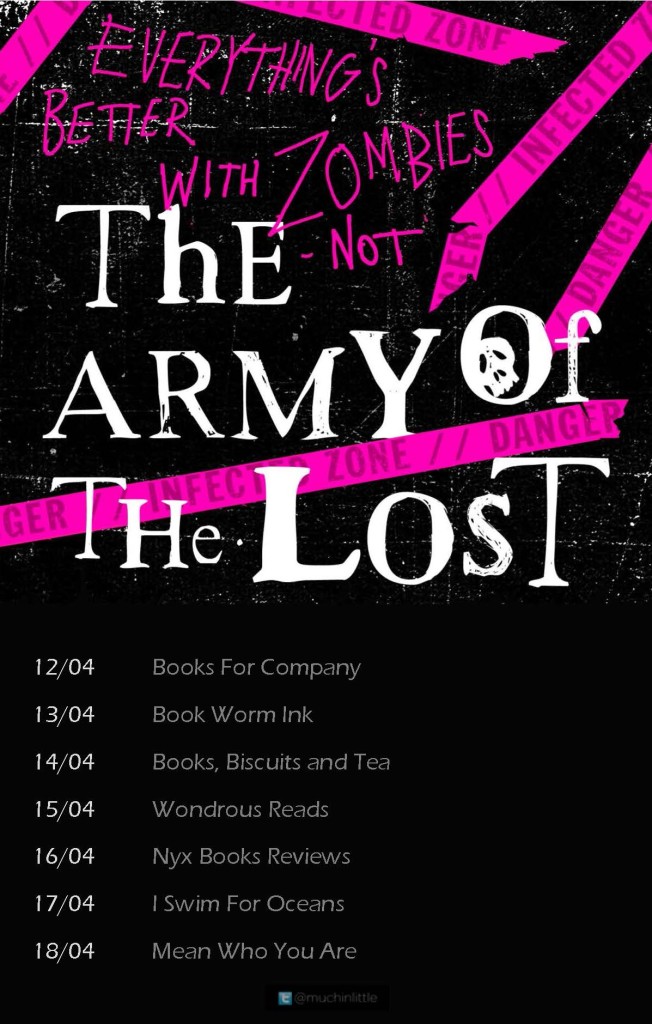 Would you rather face one very fast zombie, or a crowd of slow ones?
Neither of us can run more than a few feet without pausing for a coffee break, but we’re pretty confident we could keep up a brisk walk for long enough to avoid the sluggish ones (or trip up a fellow survivor and make our getaway!). It’s a no brainer to choose a crowd of slow moving zombies a la Romero.

What do you like best about being a writer?
Savannah: I can sit in my pajamas all day, alt tabbing between word documents, spider solitaire and my current favourite MMO.

Sarah: I love getting feedback from readers – positive or negative!

Do you still have time to read yourself? If so, have you read any books lately that you’d recommend?
Savannah: I recently re-read my School’s out Forever omnibus by Scott K. Andrews, who’s the Tarantino of YA dystopian fiction. He puts his characters through absolute hell and writes no holds-barred gritty narratives. I am completely in love with the characters and the world he’s created (and also insanely jealous!)

Sarah: I’ve just read M R Carey’s The Girl With all The Gifts, which is a must-read for zombie fans (and non-zombie fans).

‹ Review: Death of a Saint by Lily Herne Taking A Short Break ›