Dead girls solving crime. That’s what Dead Girls Walking, second book in the Dead Girls Detective Agency brings to the table. I’m interviewing the author today, and if you scroll down, you can win a copy of the book! Courtesy of publisher Much-in-Little. The giveaway is open for European residents. 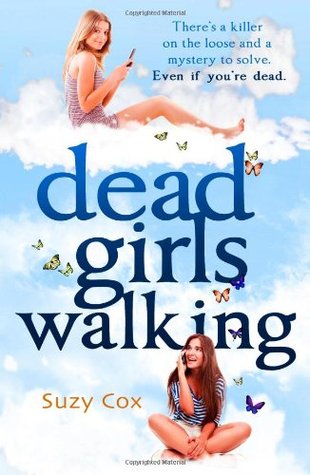 Nyx Book Reviews: Hi Suzy, welcome to Nyx Book Reviews! Could you tell us a bit about yourself?
Suzy Cox: Hello! Thanks for letting me come onto Nyx. I *love* what you’ve done with the place. So, me… Well, I’m a YA author by night and a journalist by day. I started off writing for teen mags (mostly so I could irritate boyband members), and now I’m deputy editor of UK Cosmopolitan. I’m team cats over dogs, would rather see a band than stay home, and I’ve got an unhealthy obsession with Marc Jacobs bags, Chuck Bass and New York – which is why I set Dead Girls there. If I had to spend eternity trapped in one city, like the main character Charlotte does, it would be NYC every time.

Could you describe the Dead Girls Detective Agency series in one sentence?
It’s the story of teenage ghosts trying to solve their gnarly murders in Manhattan. It’s sort of like Nancy Drew, but with dead high-schoolers. I wanted to call it Gossip Ghoul, but no one would let me. Which in retrospect is a VERY good thing.

The second book in the Dead Girls Detective Agency series, Dead Girls Walking, comes out this month. Was writing the second book in the series different from the first?
It was so much harder. My living room looked like an explosion in a Post-It factory for three months. The first book is about Charlotte trying to solve her own murder and (cliché, cliché) Book 1 seemed to 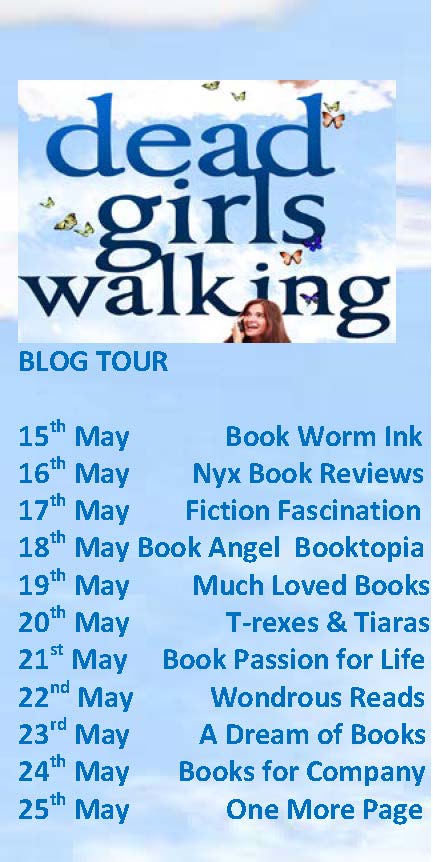 write itself. Book 2 was less helpful. In this one, the story’s focus moves to Charlotte’s DBF (dead best friend) Lorna and the effect her untimely death had on her family. Then another teenager gets murdered, so there’s a new dead girl to meet, and of course, Charlotte’s having all the drama with her kinda-sorta-maybe boyfriend Edison, the dead boy next door. There’s a lot going down. Limbo’s a crazy-busy place.

What was your favourite book growing up?
Anything by Judy Blume. The first time I read Deenie and Just As Long As We’re Together, I couldn’t believe an adult could understand what was going on in my head so perfectly. I also had a major Sweet Valley High addiction. I grew up in Oxford, so everything I learnt about going to high school in America comes from Jessica and Elizabeth Wakefield. In an alternate universe, I’m living very happily as their triplet, hanging out with Bruce Patman in the Dairi Burger drinking strawberry shakes…

Ebooks or physical books?
Physical every time. Every amazing book you read changes you in some way. I want to be able to see them on my bookcase and remember them like a friend I’ve not caught up with for a while.

What do you like best about being a writer?
Getting to daydream and pretend it’s ‘work’.

Thank you for answering my questions! (:
No, problem. I hope you enjoy Dead Girls 2! (And if you don’t, don’t tell me. I’m sensitive like that).