Dark fantasy LGBT YA vampire stories. Does that sound like your cup of tea? Eleanor Keane’s book The Breathing Ghosts might be for you. You can find out more about her book on Goodreads or Amazon. 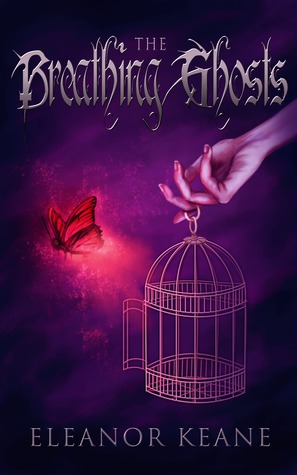 Nyx Book Reviews: Hi Eleanor, welcome to Nyx Book Reviews! Can you tell us a bit about yourself?
Eleanor Keane: Hi Celine, I’m really thrilled to be interviewed for Nyx Book Reviews! To answer your question, I’m an English graduate, an avid bibliophile, vehement hater of horror movies and a die-hard Tolkien fan. I am also a committed feminist and women’s rights campaigner. I am-of course- the author of – a dark vampire fantasy aimed at young adults- which was published in February 2013, and the accompanying short story collection, The Ghosts’ Feast, which was published in July 2013.

I have also previously written for the online webzine For Books’ Sake, Mookychick.com, and on young feminism for the Feminist Library, London. I have performed extracts from The Breathing Ghosts at Westminster Reference Library, London (with the poets and authors Sophia Blackwell and Roz Kaveney) City University LGBT Society, the Courtauld Institute of Art Literature Society, and most recently for Freedom Press Bookshop, London. (I also have an upcoming Halloween-themed reading on the 30th of October that will be held at the Feminist Library, so I definitely like to keep busy!)  When I’m not writing you can usually find me searching for Fleetwood Mac records in my local record store.

Could you describe your book, The Breathing Ghosts, in one sentence?
‘A darkly vampiric and often humorous tale of misfits, outcasts, loners and lovers.’

What draws you to writing LGBT books?
Good question! I like my work to have strong LGBT characters because I think LGBT characters are so seldom portrayed in young adult fiction- for instance Twilight or The Vampire Diaries. Both have been phenomenally successful, but are based around heterosexual romances.  When LGBT characters are included, they seem to be nothing more than ‘token’ characters, with only their sexuality to define them. I think there is a plethora of hetero-normative YA fiction openly available on bookshelves, with a variety of heterosexual role models and romances, and yet a dearth of real, relatable, flawed and fully-rounded LGBT fiction for those same young adults to read. 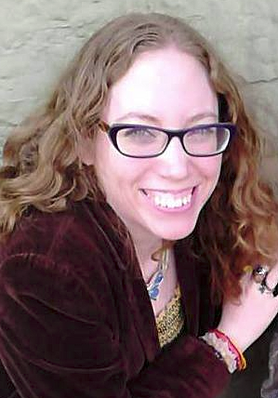 I decided that I wanted to write for the social misfit, for the kid that is struggling with his or her sexual identity, instead of ignoring them or excluding them. I wanted to put lesbian, gay and bisexual characters in the spot light, to make sure that their voices were heard and that their stories were told. I wanted to fully flesh out my characters so that they’re not just defined by their sexual preferences (although that is without a doubt important), but also by their deeds and their behaviour.

As a result, The Breathing Ghosts is full of characters that defy both convention and conformity: a beautiful but fragile lesbian vampire longs to break free from the clutches of her controlling brother; a Goth lesbian vampire hides a secret blacker than any of her clothes, a werewolf girl pines for her long lost mate, a vampire pays the price for a forbidden love, and not everyone gets their romance tied up with a neat little ribbon at the end.

I was also keen for it to go against the ‘popular girl falls in love with vampire boy,’ ‘beautiful girl knows she’s different but doesn’t want to be different’, or ‘pointless love triangle’ clichés. Enough with the love triangles already! I wanted my heroine, the (lesbian) vampire hunter Rowan Oakwood to be very much different, and to actually revel in that difference. As a result, she’s not popular, perfect or even perky. Instead, she’s at times witty and sardonic, often rebellious, sometimes socially awkward and always an outsider. She dresses in bright, outlandish clothes, doesn’t make friends easily, and is completely comfortable with her sexuality. Unfortunately for her, others aren’t, and she becomes the target of teasing and homophobic bullying. In such a way, I wanted The Breathing Ghosts to offer alternative role models to young adults who were going through similar experiences. Rowan may be bullied, but she’s certainly no wall flower and she’s most definitely a survivor. I want to show teenagers and young adults that it is okay to be yourself, that it is okay to stand up for what you believe in, and that it is ultimately okay to be different.

What has been the hardest thing about writing so far?
Keeping going with it! Without sounding obvious, writing a novel is hard, hard work. You need to believe in your characters, believe in your own voice and that you have a worthwhile story to tell. That takes a good deal of courage and conviction, not to mention practice. Being a self-published author can also be challenging, as well as immensely rewarding- a lot of it means doing your own promotion, sending out countless emails, and being able to take rejection and criticism.

Do you still have time to read yourself? If so, have you read any books lately that you’d recommend?
Yes- I’m practically always reading. I get through about a novel a week- if you want to write well, I can’t stress the importance of actually reading! As The Breathing Ghosts is aimed at young adults, I try to read a lot of YA fiction so that I can know my audience as well as possible: at the moment I’m really into Cassandra Clare’s The Mortal Instruments series, and her steampunk-inspired prequel series, The Infernal Devices. I also really like Kit Berry’s Stonewylde series, and pretty much anything by Anne Rice. Some books I’d recommend are:

-The Vampire Lestat by Anne Rice: completely engrossing, and her antihero Lestat has a gay violin-playing lover: what more could you want?

-Sleep, Pale Sister by Joanne Harris: an atmospheric, evocative, and magical depiction of a sinister Victorian artist and his vulnerable muse.

-The Bloody Chamber by Angela Carter: an utterly absorbing and often disturbing take on classic fairytales, with a sensual twist.

Thank you for answering my questions! (:
Thank you too!

‹ Review: ‘Salem’s Lot by Stephen King Celine Around the Internets ›