Harry Potter Month is an event hosted by Faith from Student Spyglass. Everyone can join, and collect points for the house of their choice by commenting, writing posts or reading the books! I’m representing Slytherin.

One of the cool things in the Harry Potter world is Quidditch. It’s fast paced, high risk, and very cool. And it makes Ron look like this. 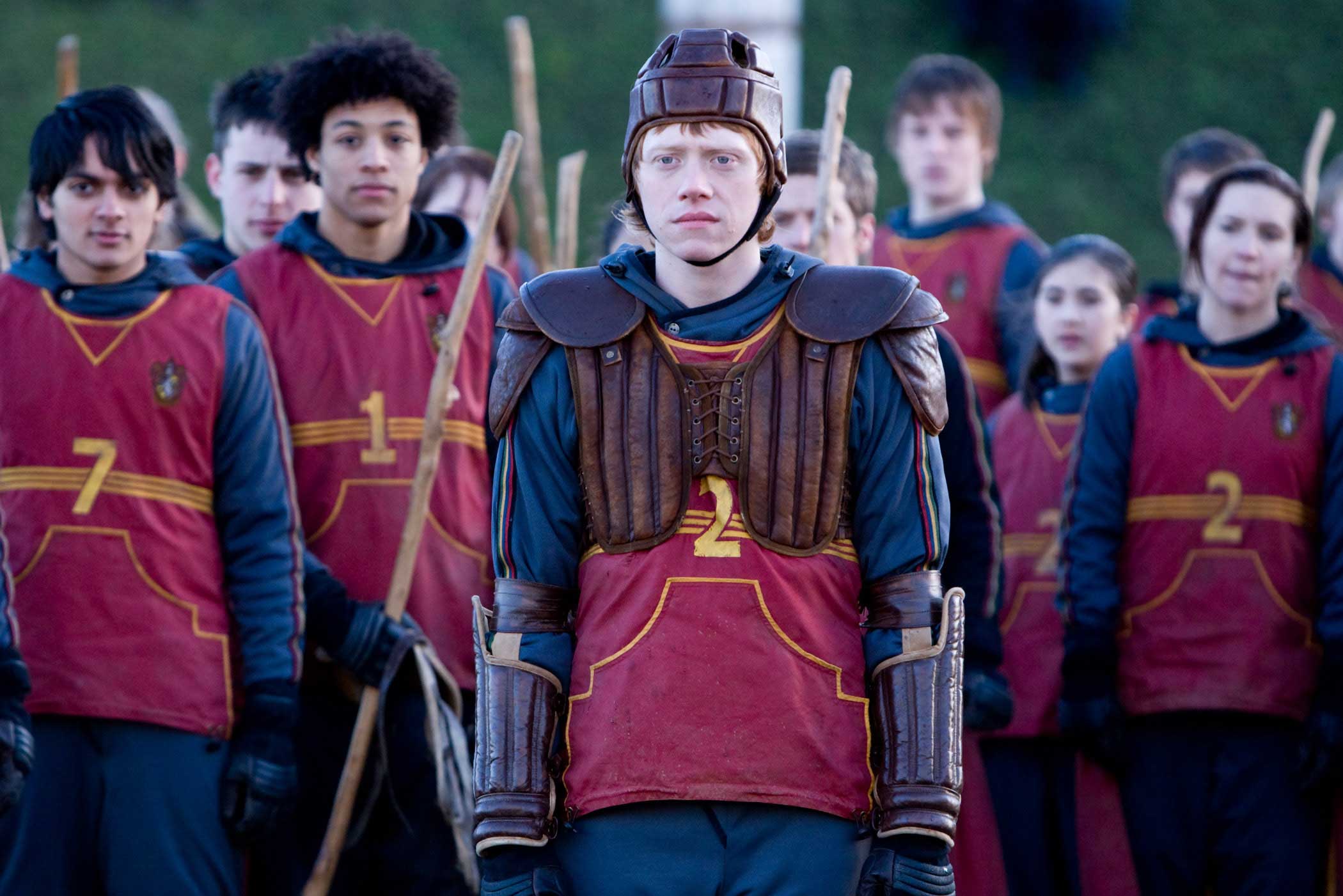 In this interesting combo of sports, three people try to score with a regular ball, two try to hurt people by sending angry balls towards them, one tries to keep the ball out of the goal, and one tries to find a tiny flying gold ball. Quidditch gives wizards from all over the world some much needed distraction, and brings wizards from different countries together.

Sounds awesome, right? And since we Muggles obviously can’t ride on brooms, we can’t play this awesome sport. WRONG! Although Muggle quidditch of couse isn’t as glamorous as the wizard version is, it still looks like quite a lot of fun.

It’s still plenty fast-paced, and most of the rules of regular Quidditch are implemented. Beaters throw balls at the other teams like in dodgeball, and the Seekers try to catch the golden snitch – usually a man in a yellow suit with a tennis ball attached to his back. There is even a Muggle quidditch world cup! This article on Muggle quidditch is great.

Have you ever wanted to play Quidditch? What role would you have? Would you want to try Muggle quidditch?