Dragons are awesome. And what would be a better subject for a guest post than dragons? Douglas Jaffe is visiting Nyx Book Reviews today to talk about the ancient Chinese dragon lore, and how these dragons are different from the European ones. Don’t forget to leave him a comment or visit his Facebook page if you enjoyed the post (:

I want to thank Celine for inviting me to contribute a post to her wonderful site!

For today’s post, I want to focus on a much-misunderstood creature that makes appearances in novels and movies all across the globe. I say misunderstood because this creature has a reputation in one part of the world that is completely different from how it is perceived in another. I am speaking about our friend the dragon. 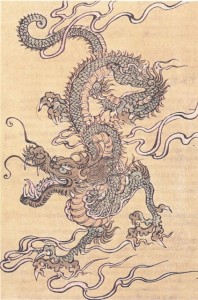 I’ve spent many years in various parts of Asia and when I first set foot in Taiwan as a student, I was quickly educated on the differences between the Eastern dragon and its fire-breathing, virgin-consuming Western cousin. These differences were hammered home in later years, as I began research for my first book, Chasing Dragons, in which Chinese dragons and dragon lore feature prominently.

Eastern dragons are a symbol of Imperial authority and embody a host of traits that include power, integrity, excellence, decisiveness, nobility and intelligence. Perhaps as the necessary counterpoint to this Imperial lineage, they can also be vain, impulsive, ambitious, and stubborn, and no doubt enjoy their status at the top of the zodiac hierarchy. They are magical creatures heavily associated with water and weather and in some instances are known to change shape and even assume human form.

Many Chinese families hope to have a child born in the year of the dragon so as to acquire some of the creature’s more favorable traits. Famous dragons in history include Bruce Lee, Dr. Seuss, Friedrich Nietzsche, Florence Nightingale, Deng Xiaoping, Ernesto “Che” Guevara, Helen Keller and Salvador Dali. 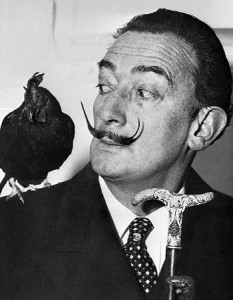 Dragons have featured prominently in Chinese history and mythology for generations and there have been many stories involving dragons in various ways. Here is one that I’ve always liked.

During China’s Northern and Southern Dynasties period, which was around 420-589 AD, there lived a famous painter named Zhang Seng-Zuong. The Emperor Liang Wu was said to be a major fan of his work and one day, Seng-Zuong was asked to paint the wall of the temple of Andong. He agreed and created this beautiful image of four dragons soaring through the clouds. Everyone loved these vivid dragons, but one man asked why Seng-Zuong didn’t paint in the pupils of the dragons’ eyes. Well, they will fly away if the pupils are put in, answered Seng-Zuong. Nobody believed him, of course, and thought he was joking. They badgered him until he finally agreed to paint in the pupils. He took up his paintbrush and after a moment of hesitation, filled in the eyes of two of the dragons.

Almost immediately, amidst a swirl of thunder, lightning and rolling clouds, the two dragons suddenly came to life. The crowd of people immediately scattered with some rushing to hide behind pillars and others dropping to the floor and covering their heads. A loud crash was heard as part of the wall broke apart and collapsed to the floor. The two dragons writhed and struggled but soon pulled free and soared into the sky leaving chaos and destruction behind. Fortunately, the two dragons without pupils remained peacefully on the wall where Seng-Zuong had painted them.

This tradition has continued and if anyone has ever attended a Dragon Boat race, they will note that eyes are painted on prior to the race to “awaken” the dragon. It’s a cool thing to see and perhaps owes homage to the story above. 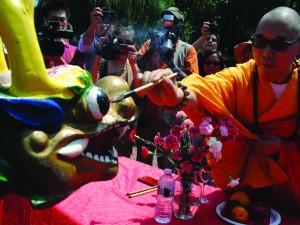 Perceptions are difficult to change and many people outside Asia will forever identify dragons with those flying menaces that enjoy turning townsfolk into cinders and hoarding incredible treasures within mountain lairs. This is a wonderful image for the scores of fantasy fans but these vicious brutes do little justice to the Eastern version who is more interested in soaring through the swirling mist and clouds than stealing cattle!

In my book, Chasing Dragons, I confess that I take some liberties with my Chinese dragons, but I do try to remain true to their genuine nature and avoid completely any identification with the fire-breathers of Western lore. Readers ultimately judge if I have succeeded. Either way, I hope that anyone who sees an Eastern dragon will be mindful of its remarkable history and avoid calling for an unruly mob of knights to attack it! 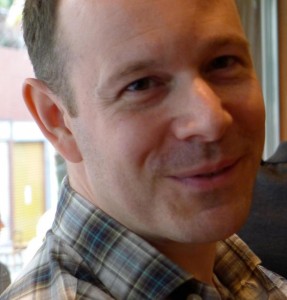 Douglas Jaffe has been in Asia for most of the last two decades and originally came to the region from New York as a graduate student, studying in China and Taiwan. He has a dual Masters in Chinese Studies and International Affairs and speaks passable Chinese on a good day.

In recent years, Douglas has pursued his interest in writing fiction and has recently published his first novel, Chasing Dragons. A second book is currently in the works.

You can find Doug on his Chasing Dragons Facebook page or on his Goodreads author page.

Chasing Dragons is available for purchase at Amazon, Barnes & Noble and other online retailers.