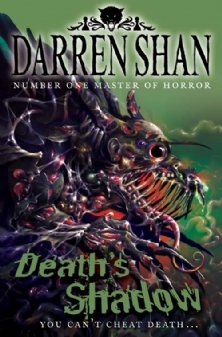 It’s been ages since I last read a Demonata book, but there was enough recounting previous happenings that I had no issues getting back into the action. The narrator of Death’s Shadow is Bec, one of my favourite characters of the series. We learn more about the elusive Shadow, who made even Lord Loss to bow before him. The situation is becoming more and more dire, and the Disciples are keeling over like flies. Only three more books left in the series! Wonder who will be left standing by the end. 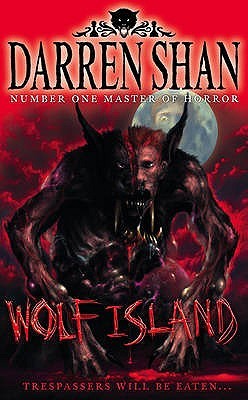 Another great book in the Demonata series. The overall story is pieced together from narratives from the different main characters – for example, a part of Wolf Island is set before the happenings of Death’s Shadow (the seventh book), and some of it after. Even though it’s been a while since I read Death’s Shadow, it’s not that hard to understand what goes where. As always, the book is filled with absolutely disgusting scenes and plenty of action. Grubbs, one of the more “normal” characters in the series, goes through a rather interesting transformation in this book. It seems like we’re hurtling towards a fascinating conclusion. 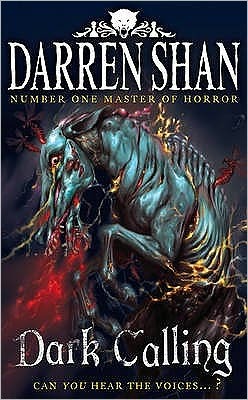 Where most of the Demonata books are fast-paced and gruesome, Dark Calling is kind of an odd ducky. Most of it is set outside of our normal human/Demonata worlds, and for half of the book Kernel is on his own, on some kind of mysterious special journey. Dark Calling felt very much like an in-between book, filled with info-dump. The lore is interesting, but there wasn’t enough action in the first part to keep me truly engaged. In the last half we return to regular programming, but by then there isn’t enough page time to make a lasting impression.
Rating: 3 Stars 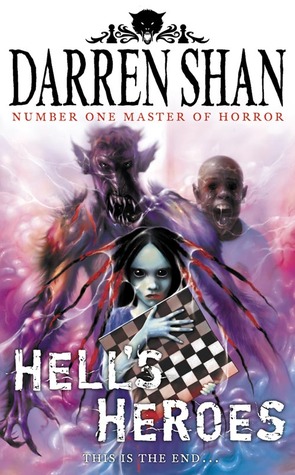 The low rating might seem harsh, but I was expecting a bigger finale to such a long series. Many books in the Demonata series have been excellent, thrilling reads with a fresh voice, but Hell’s Heroes wasn’t one of them. After everything that has happened in the last few books our heroes have become pessimistic husks of their former selves. They have lost all hope of winning the battle with the Demonata, and their outlook is extremely bleak. It made me lose any emotional attachment to them that I might have had beforehand.

My biggest problem with Hell’s Heroes is the lack of plot, however. Not a single development happens in the first half of the book, which is just a huge let down after such a built up. The final resolution wasn’t unexpected, but it was a good ending for the series. The last twenty pages of the book I did actually enjoy.

Other books in this series: