I lost my book signing virginity! Because of my locale and taste in books (the Netherlands and fantasy) there are hardly any interesting book signings to attend. Authors from overseas rarely stop by in our little country, and when they do, they do it in Amsterdam (which is nowhere near where I live). So, when I found out that Deborah Harkness was coming in Utrecht, I knew I had to go there!

In true Dutch fashion, Deborah was late because of a train delay. Since we could sit I didn’t mind much, and I had a fun time meeting Ciska from Ciska’s Book Chest, another Dutch blogger.

Then, after about twenty minutes of waiting, Deborah arrived, and she climbed the (admittedly tiny) stage. She talked about her books, without spoiling anything of the third book (I love that), and then answered questions from the audience. After that it was signing time, and I got my two books and planner signed. Deborah was super nice, and she took the time to take pictures with everyone that wanted to. 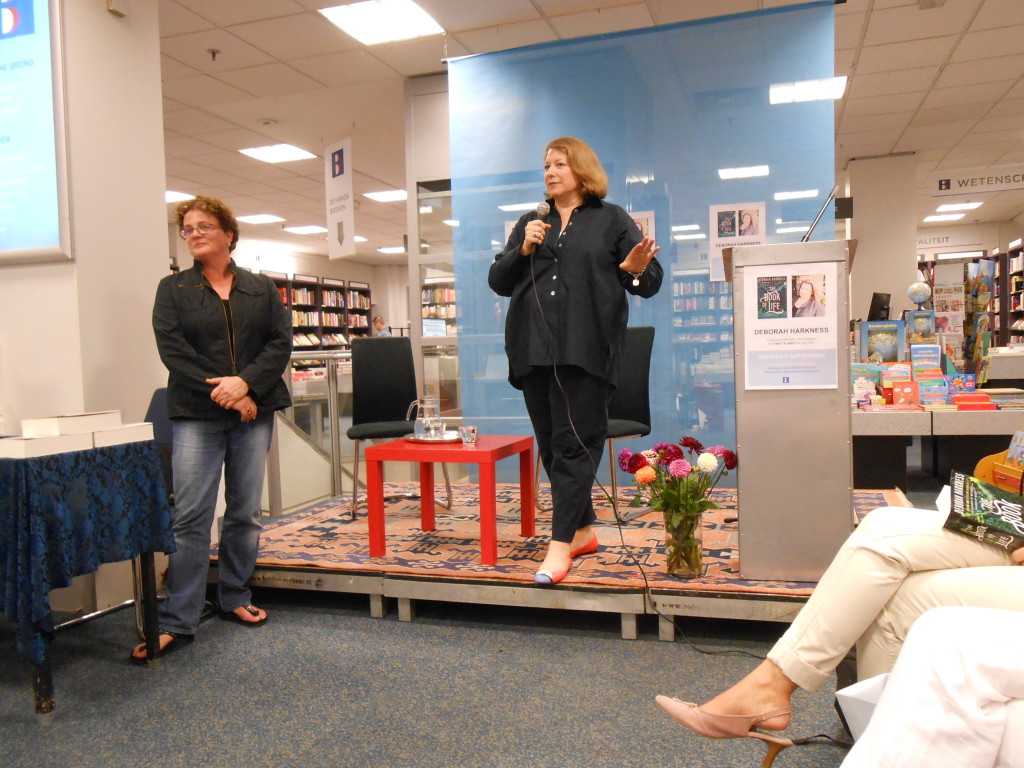 I really enjoyed seeing her talk about her books, even though (shame on me) I haven’t read them yet. I wasn’t very concerned about spoilers and apart from the death of one character I’ve come away pretty unscathed. I’m excited to read her books now, knowing what ideas went into them. 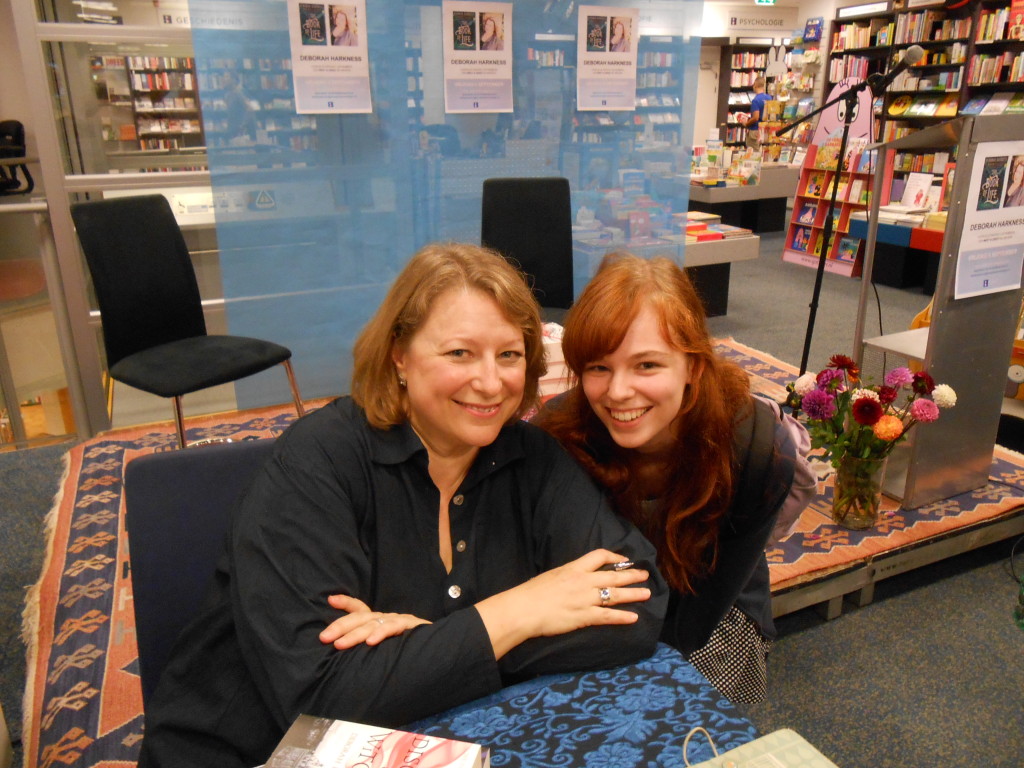 Have you ever been to a book signing? Or have you read any of Deborah Harkness’s books? Let me know in the comments 😀