I’m part of the massive Pretty Amy cover reveal! I believe about a hundred bloggers have signed up for this. Pretty Amy is the upcoming release of debut autor Lisa Burstein. Without much further ado, here is the cover and the blurb! 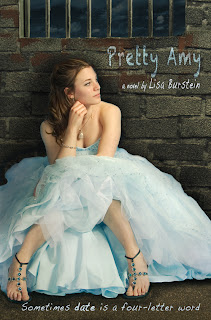 Amy is fine living in the shadows of beautiful Lila and uber-cool Cassie, because at least she’s somewhat beautiful and uber-cool by association. But when their dates stand them up for prom, and the girls take matters into their own hands—earning them a night in jail outfitted in satin, stilettos, and Spanx—Amy discovers even a prom spent in handcuffs might be better than the humiliating “rehabilitation techniques” now filling up her summer. Worse, with Lila and Cassie parentally banned, Amy feels like she has nothing—like she is nothing.

Navigating unlikely alliances with her new coworker, two very different boys, and possibly even her parents, Amy struggles to decide if it’s worth being a best friend when it makes you a public enemy. Bringing readers along on an often hilarious and heartwarming journey, Amy finds that maybe getting a life only happens once you think your life is over. 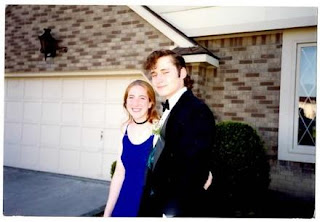 Lisa Burstein is a tea seller by day and a writer by night. She wrote her first story when she was in second grade. It was a Thanksgiving tale from the point of view of the turkey from freezer to oven to plate. It was scandalous.

She was a lot like Amy when she was in high school.

‹ In My Mailbox Review: Deadline by Mira Grant ›