All Series, All Summer Challenge 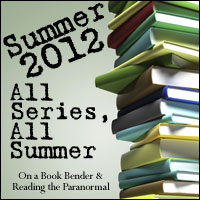 Hosted by Amanda from On a Book Bender and Kelly from Reading the Paranormal, All Series All Summer is a low-pressure challenge to finally get through all those series you’ve neglected. There are no goals other than the ones you set yourself, and no obligations like check-ins. For the Twitter-happy (guilty) there is a hashtag to converse with other challenge participants, #SeriesSummer.

I have a serious case of series neglecting, guys.

My main goal is to at least make a big chunk in my unread series, and I got a lot of those. I’m way too lazy to list them all, so I’m just going with the ones I think I’ll be able to read. If I can get through more than half of these I’ll probably be extremely happy already!